The popular and controversial Netflix drama about Jeffrey Dahmer draws strong reactions; upsets the victims’ friends and family. The series tried to tell the horrific story of the notorious serial killer through the experience of his victims and those who remember them say that attempt failed.

Netflix’s latest true-crime show — Dahmer – Monster: The Jeffrey Dahmer Story — attracts huge ratings despite using the murderer’s last name twice in the title. The infamous Milwaukee serial killer has a gruesome story that continues to captivate viewers while haunting the families of his real-life victims.

Some people wish the killer wasn’t getting quite so much exposure. As of Thursday, Dahmer (the show) is No. 1 on Netflix, but it’s generating plenty of controversies as well. Let’s break it down.

Born in Milwaukee in 1960, Jeffrey Dahmer had a troubled childhood with an early interest in dead animals and dissection. Seeing this behavior, his father, Lionel introduced him to dissecting roadkills and taught him to separate organs, strip the meat off of bones, and bleach them. Later, the same techniques Dahmer applied to his victims. Little did Lionel know that the boy would grow up to become a gruesome serial killer.

For over 13 years, starting in 1978, Dahmer murdered and dismembered 17 men and boys, committing necrophilia and cannibalism, and preserving body parts and bones. He was finally caught in 1991 and sentenced to 17 terms of life imprisonment.

He was determined to be legally sane throughout his trial despite being diagnosed with borderline personality disorder, schizotypal personality disorder, and psychotic disorder which makes his personality more horrifying. He was killed in prison on November 28, 1994, after serving two years and four months by an inmate named Christopher Scarver. Scarver said, “God told him to do it.”

Netflix series on Jeffrey Dahmer’s horrific true crime story was released on 21st September 2022. It became one of the most-watched series and the 5th biggest launch on the platform gaining 196.2 million views in the first week. It attracted huge ratings and strong criticism as well.

The 10-episode series not only shows graphic and in-depth details of the murders and patterns that took place in Oxford Apartments Milwaukee but also covers the serial killer’s upbringing and abandoned childhood. The series also shows how the Milwaukee police didn’t listen to neighbors who warned that something was going on in the killer’s apartment.

The show is disturbing with gory and grim scenes and has received mixed reviews from critics on Metacritic with a Metascore of 45/100, but generally favorable reviews from users with a score of 6.6/10.

Dan Fienberg from ‘The Hollywood Reporter’ wrote in his review: “Put through a different editing process, there is an intelligent interrogation of Jeffrey Dahmer’s crimes, the real people impacted and the consequences here. It’s frequently lost or obscured.”

Who plays the serial killer?

Evan Peters plays the role of serial killer ‘Jeffrey Dahmer‘ given his previous performances in multiple American Horror Story seasons and Quicksilver in the Marvel Cinematic Universe. Peters has a knack for delivering stellar performances while acting as evil/disturbed men.

The adaptation focuses on one of Dahmer’s victims, Anthony “Tony” Hughes, deaf and mute. An episode shares the relationship between them, and the innocence of the victim. The series also adds an emotional victim impact statement.

In an interview with Netflix, the actor shared that he had to go to dark places to prepare and execute this role. To prepare for his role he went through several autobiographies, interviews, and audio tapes.

Peters also shared that he noticed the way Dahmer spoke was candid, and that the killer was disassociative from what he did. He continued sharing how the show’s purpose was to tell the story as authentically as possible while being respectful to the victims.

How Dahmer was caught

On July 22, 1991, Tracy Edward went to Dahmer’s apartment from a gay bar after being offered 50 dollars for a few photographs. Inside the apartment, Edward instantly noticed a stingy smell and unpleasant air. Edward wanted to leave instantly but upon consistent insisting, he decided to stay.

Shortly afterward Dahmer pulled out a knife and forced Edward to stay and watch ‘The Exorcist’ movie. Dahmer wanted to listen to Edward’s racing heart which he intended on eating as part of his cannabilism ritual. Edward took advantage of the moment and attacked Dahmer.

After struggling, he managed to escape and led Milwaukee police to the slaughterhouse where the police found disturbing polaroids and arrested Dahmer. The police and investigators uncovered a mass murder house upon further searching.

Did Police return one of the victims to Jeffrey Dahmer

On May 27, 1991, Dahmer lured a young 14-year-old boy Konerak Sinthasomphone who needed money in exchange for nude photos. Dahmer took him to his apartment where he drugged him, drilled a hole in his brain, and injected hydrochloric acid mixed with water.

He left him on the bed to get beers. Meanwhile, the boy gained some consciousness and managed to get out of the apartment building. He was not wearing any clothes that caught some residents’ attention, who suspected the boy was not older than 11 or 12 years.

Police were called but Dahmer arrived and managed to convince the police that the boy’s age was 19 and he was a house guest. The police then escorted the boy and Dahmer back to the apartment, where shortly afterward, the boy was murdered by Dahmer. His head was later found in the fridge, after the eventual arrest of the obnoxious killer.

The Reactions and Blacklash

The series has been controversial because it tells the tragic story largely from the point of view of serial killer Jeffrey Dahmer and his family. Dahmer is one of a long list of true crime stories that focus on the killer or criminal. However, any crime show based on true events raises the question of whether it’s glorifying the criminal at the expense of the victims.

Rita Isbell, the sister of one of Dahmer’s victims, Errol Lindsey, spoke to Insider about the show. She gave an emotional victim impact statement at Dahmer’s 1992 sentencing, which is re-created in the series.

“I was never contacted about the show,” Isbell told Insider. “I feel like Netflix should’ve asked if we mind or how we felt about making it. They didn’t ask me anything. They just did it.”

Others have posted on social media asking that the victims be remembered rather than the man whose name appears twice in the show’s title.

#DahmerNetflix is out, let’s not romanticize Jeffrey Dahmer just because he is played by Evan Peters.
Remember the victims.
A tread about each victim and who they were. pic.twitter.com/3NAZpG40Dq

Netflix originally added the LQBTQ tag to the Dahmer series. The LQBTQ pointed it out and shared their thoughts and opinions on how they feel Netflix is misusing the tag to gain views. Netflix was quick to respond and removed the tag from the series.

Is Beyonce’s Renaissance her most innovative work yet?

Expo City Dubai 2020: Tickets, schedule, and Free Entry. All You Need To Know 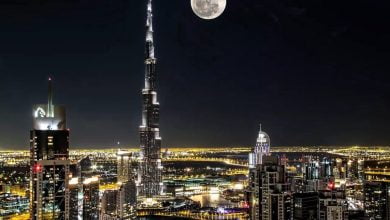 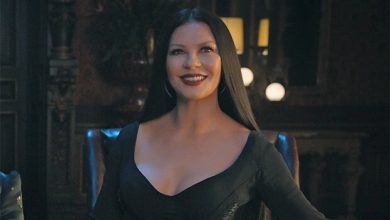 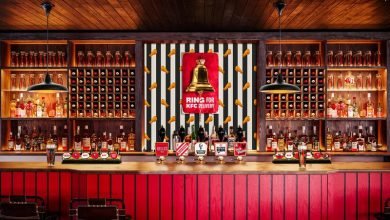