Hum Style Awards was first hosted back in 2013 at Expo Centre Karachi by Mikaal Zulfiqar. Since then, many Pakistanis have been fond of the famous TV Awards and gather to watch it annually in all its glory. Every prominent personality from the Pakistani drama and film industry participates in this mega event, from musicians to actors and even fashion designers; everyone contributing to making the awards fun to watch. Packed with comedic hosting, outstanding dance performances and a red carpet filled with the newest trends in fashion, this time of the year is worth the wait.

As society has progressed and the social norms changed over the past few years, so has the fashion sense and mannerism of many celebrities. With an increased shift in our culture towards more ‘open-mindedness’, there has been an increase in adaptability of western culture and lifestyle in society. However, most of the population finds this turn to westernization rather disturbing.

One instance of this disapproval was exhibited at the HUM Style Awards 2021 where several celebrities in unison brought the western culture to the red carpet in fashionable gowns. However, many would say that these awards were a lesson on what not to wear! As soon as the pictures dropped, the internet became a frenzy of emotions within a few hours. Mixed comments came from multiple sides but most common were the negative remarks targeting many actresses and fashion celebrities. Some prominent figures such as Faizan Sheikh, Seemi Raheel, Abeer Rizvi, Arisha Razi, Armeena Rana also presented their views. Many people on Twitter bashed the celebrities for their turn towards western dresses while others stood in defence and gave support to those in the spotlight.

Seemi Raheel took to Instagram and wrote: “What’s with the dresses people??? Please someone explain why it is important to dress like the western fashion world please explain!!! Do we have any cultural identity left??? I can walk English I can speak English, but I can never be English!!!! Being modern comes from the mind from education from being enlightened…. Note to Alizeh Shah practice in heels do not flat so you are comfortable during performance! Note to aima baig, take dance classes and look interested … resham is the ultimate diva to learn from her!!!”

It can be evidently seen that Seemi Raheel was outrageous about many aspects of the latest show including the dressing sense, dance performances and overall energy that went about on the show. Since Seemi Raheel is one of the most consistent and oldest performers in the Lollywood industry, her comments did have a certain impact on the viewers. Some agreed with her statement, while others formed a different opinion and launched the defence of celebrities’ choices.

Another out lashed personality, named Faizan Sheikh, also took to Instagram, and wrote his emotions out on the platform.

Faizan was disappointed by the actions taken by those attending the awards. He wants celebs to learn and grow accordingly and further to make wiser patterns of choices.

He again wrote: “Insane amount of dance talent in this country yet we see some kid and Ali Zafar perform like a rehearsal on stage. Where’s the fire? Where’s the energy? What’s with incomplete steps? You just can’t fool the audience anymore.”

Another blow at the dance performances and how improvement was necessary. We can deduct from these two statements that the quality of performances this year was not up to the mark, but we will have to see for ourselves, won’t we?

Even the former actress and director Noor Bukhari took to Instagram and wrote: “Islamic Republic of Pakistan?” Along with a few pictures of actresses wearing the western attire.

Arij Fatyma, who previously worked in the industry as a well-known actress posted a story a day after the event took place. It mentioned: “Even though I was born in the US with my parents here for 35+ years, I feel like I am more in an Islamic country than those in Pakistan.”

While many had negative notions related to this award ceremony, quite a number of notable personalities stood in favour of the celebrities. Let us take a look at what they had to say.

Armeena Rana Khan, the renowned actress and model who now lives in a city in England, exhibited wholly support for the actresses stating: “I think all the actors and attendees at Hum Style Awards looked amazing. Congratulations to all the winners. We must stop tearing each other down, it isn’t a good look guys, Culture and Religion is a different discussion for another day.”

Sharmila Faruqui who is a Pakistani politician from Karachi also had something to say regarding this matter: “Let them be! Stop Judging women from their choice of clothes, they are adults, free and no one should be commenting on their choice of attire negatively: it is a free world, live and let live! Let Bushra Ansari dance to her heart’s content, why shouldn’t she? She has every right to do so. To all those who spread negativity out there, my advice would be to look within and sort out your own frustrations.”

Quite something, is it not? She had many statements to give among which the important one was to Live and let live. For many people this change of culture in clothing was more related to the independence of choice and behaviours that is rising in the world. The non-judgemental mind-set that has been introduced within our culture. Hence, we see many actors fighting for that right and change.

Zoya Nasir, who is a model as well as Social Media Influencer presented her thoughts regarding this matter: “Majority of fellow male actors who took so personally to Instagram to express their discontent about our ladies showing skin to look and feel pretty, following the HAS debacle, went as far as to advise them to cover up and backed it up with examples and what not, just so happen to be following celebrities like Jennifer Lopez and influencer ladies from island like Bali. A lot of revealing wardrobes in the entirety of their feed. Yes, I checked. I had time.”

Well, we absolutely acknowledge the fact that Zoya Nasir has double-checked all the facts that she now writes. Her statement ended in one word: Hypocrisy. The same people who bash others about their bold choices are the same people indeed who watch and follow the same genre of stuff behind everyone’s back. Now that does not make your claims very honest, does it?

This debate of what happened in the Hum Style Awards and what is right or wrong can stretch yup to a book, maybe even volumes. Every individual has their own thinking, mind-set, and way of living with which they see the world as well.  All we can do is think in a positive manner and even if someone does act unjustly or not according to what you have learn, try to be patient and deal with an open mind. 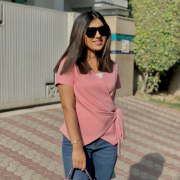 Meghan Markle opens up about life before royalty